5 Best Towns in the US to Live

What are the 5 best towns in the US to live in? This list is not based necessarily on the highest median income, most corporations, most available jobs, lowest crime rate, most comfortable climate or weather, most parks, or best restaurants.

Click here to make more money part time in real estate than you do full time on your job!

Although, many of these cities do have many of these features, this list is simply of my favorite US cities that I have either lived in, or spent more than a little time in.

I could live in any one of these fine places, and may yet move to one or more of them. Unfortunately, the city that I currently live in, did not make my list, despite many positive attributes.

It’s unfavorable weather,  atrocious drivers and roads, and high crime outweigh the good that it has to offer. I will not name the city, but there are many others here in the US that resemble it.

Here are the 5 best towns in the US to live, starting with number 5.  See if you don’t agree with this list.

The fifth best town in the 5 best towns in the US to live is:

Jacksonville is a large city in northeastern Florida, and sits on the Atlantic Ocean, and bordering the banks of the St. Johns River. It is approximately 25 miles south of the Georgia state line.

The city population is just under 900,000, and the Jacksonville metropolitan area consists of about 1.5 million people. It is the largest city by area in the 48 contigous states, and is the 12 largest by population in the United States, as of 2015.

It is the 4th largest metropolitan area in the state of Florida, followed by Miami, Tampa, and Orlando. It was named after Andrew Jackson, the first military governor of the Florida territory, and seventh President of the United States of America.

Jacksonville is known to the rest of the country, and the world as a US Navy town, and a golf town.  It is home to Blount Island, and Kings Bay Submarine Base, and makes up the 3rd largest US Navy presence in the country.

Cecil Field Naval Air Station was prominent during the World War II years and through the Vietnam era. It has since been closed. 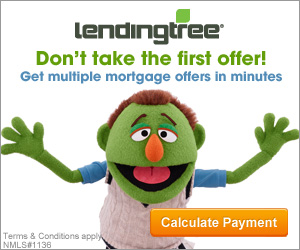 The PGA, Professional Golfers Association, is headquartered in Jacksonville, at Ponte Vedra Beach, the home of TPC Sawgrass.  TPC Sawgrass is home to the Tournament Players Championship, and quite possibly the most famous hole in golf, the par 3, 17th with it’s island green.

Fort Caroline, established in 1564 by the French,  is one of the earliest European settlements in what is now the continental United States.

The fourth best town in the 5 best towns in the US to live is:

Branson, Missouri is a city in southwestern Missouri, and is in the Ozark Mountains. The population of Branson is 10,600, yet during the warmer months, the amount of tourists that visit the area totals well over 1 million.

Branson is well known as an entertainment center with it’s miles of live theatres, and the old stand by Silver Dollar City, which has been around since the 1960’s. which started as a recreation of a frontier town, but has since evolved into a family entertainment destination.

In the 1960’s Branson was a quiet town, much like many others that sat on or close to a big lake.  Table Rock Lake, which is easily the biggest draw for me, was a primarily fishing lake, with some boating, and water skiing thrown in.

The shoreline was dotted with a few homes, and a few resorts. Today, the lake is much more populated, and is still being built out.

Branson and the surrounding area has lost some of it’s charm of the 60’s, but Table Rock Lake, and Lake Taneycomo still provide good fishing, and many picturesque views.

Possibly the best thing about living in Branson, and the surrounding area is the relatively low cost of living.   The winters in this part of the country are usually not severe, with only a few months of cold weather, and minimal snow, and ice to worry about.

This combination of lower cost of living, and warmer temperatures, makes the Branson area a great place to live, regardless whether it’s full time, as a retirement home, or as a weekend, or vacation destination.

There are many dining options, and of course, Branson is the live entertainment capital of the US, yes, even exceeding Las Vegas.

So, if you don’t mind the RV’s and campers, and some long lines once in a while, and some extra speed boats harshing your buzz,  you can have the best of both worlds. Peaceful lake living, and exciting night life.  Branson still is hard to beat.

The third best town in the 5 best towns in the US to live is:

San Diego, California is a large city in southern California, on the Pacific Ocean coast, about 120 miles south of Los Angeles, California, and on the border with the country of Mexico to the south.

San Diego has a population of about 1.4 million people, and is the second largest city in California.  It is known for it’s sunny, comfortable year round weather, many beaches, and it’s partnership with the  US Navy. It is also known for fabulous seafood, and authentic Mexican cuisine.

San Diego has many attractions besides it’s beaches,  such as historic Balboa Park, and the San Diego Zoo, considered one of the best in the country.

San Diego’s close proximity to Mexico offers opportunities to experience what it’s like in another country.

With it’s smaller population compared to it’s neighbor to the north, Los Angeles, it is easier to get around in San Diego, and may be a better place to raise a family than LA, due to LA’s high crime rate, and it’s crazy Hollywood culture.

San Diego’s drawbacks are it’s high cost of living ( although not as high as LA, or San Francisco ), large illegal immigrant population, and it’s earthquakes. It lies on the San Andreas fault, the largest, and most active fault in the country.  It’s beautiful weather, fabulous seafood,  and gorgeous beaches, however, will trump all of the negatives.

The second best town, in my humble opinion in the 5 best towns in the US to live is:

San Francisco, California, is a large city in northern California. It sits on the San Francisco Bay, of the Pacific Ocean.  The city’s population is just under 900,000, and is the 4th largest city in California, and the 13th largest in the United States.

If you include the surrounding cities of Oakland, and San Jose, making up the Bay Area, it becomes the fifth largest metropolitan area in the nation with 8.7 million people.

San Francisco was founded in 1776 by the country of Spain.  It’s population, and prestige grew in 1849 due to the California Gold Rush.

San Francisco has suffered two major earthquakes in it’s recent history, in 1906, and in 1989.  Both times the city rebuilt, and prospered.

There may be no more beautiful city in the world when the sun sets on the San Francisco Bay over the Golden Gate Bridge.  This sight alone may account for much of it’s astronomical cost of living, especially along the bay.

It is also a very cosmopolitan city with residents from many countries around the world. It is home to some of the best restaurants in the world, and one could eat at a different country cuisine restaurant most any day of the year. And, of course the seafood is second to none.

This area (San Jose) is home  to Silicon Valley, which is the technology hub of the universe and features superstar tech companies like Google, Facebook, and Yahoo.

It is also home to many other corporations, and prominent institutions of higher learning such as Stanford University.

The drawbacks beside the super high cost of living (a typical home can be 4 to 6 times as expensive as a comparable home in the midwest) are: it can get quite cool, even cold in the summer, especially when the breeze picks up off the bay.

It is a relatively small area with a dense population, and that can cause problems with traffic, and waits for public events, restaurants, etc.

San Francisco is a great place to visit, and yes, I want to live there too.

And the best town of the 5 best towns in the US to live is:

Steamboat Springs, Colorado is a town in the Rocky Mountains in northwestern Colorado, with a present day population of 12,000

The town got it’s name from early trappers that heard a chugging sound that they said sounded like a steamboat coming down the river, that turned out to be coming from one of the local springs.

The city, also know as Steamboat, is a winter ski resort destination that is known around the world. In addition to world class skiing, ski jumping is big in the area, and is featured at the Howelsen Ski Area.

Old Town Hot Springs in the largest, and Strawberry Park Hot Springs known for it’s excellent stargazing is located a few miles out of town.

If skiing, and ski jumping aren’t your thing, there is always activities in the warmer months at the Yampa River, like tubing, rafting, fishing, and kayaking.

The Yampa River festival takes place the first week of every June.  This features a kayak rodeo, a Crazy River Dog contest, and a down river race.

The Steamboat area is also an outdoorsman’s paradise with great fishing, and hunting opportunities. Hikers, and climbers will also love the area.

Steamboat gets a lot of snow every winter, and the townspeople embrace it.  It does get cold there, but it is a dry cold, and it is more bearable than other winter destinations.

If skiing isn’t your thing, you can take a Gondola to the top of the mountain, and feast your eyes on the breathtaking views, while you relax and enjoy a meal.  The awe inspiring winter scenes are never ending, and having a camera with you at all times is a must.

Perhaps the best thing about living in this gorgeous town, is the fact that it is unspoiled. The air is incredibly fresh, especially on the slopes, and the only pollution to be concerned about comes from the cars driving through town.

Each time I visit Steamboat Springs, I see or experience natural beauty that I hadn’t seen or experienced before, and when I leave, I often think of returning, maybe this time to live. If you love winter like I do, Steamboat is as good as it gets.

Feel free to leave your comments, questions, or tips below.  Also, feel free to like and share on your favorite social media. Thanks for reading 5 Best Towns in the US to Live. Tom

How to Buy Foreclosures

Green House – How to Go Eco Friendly & Save